Things to Know About Rehab Centers 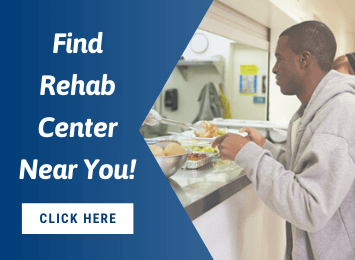 Private health care coverage is incredibly expensive and there are millions of people who simply cannot afford it. People who have drug problems and who are living on the streets obviously cannot afford this coverage either and for these people, drug rehab is simply not an option because many view it as too expensive. However, the Salvation Army provides options to these people who cannot afford drug rehab. If the individual is willing to check in sober, under their own accord, the Salvation Army will help them with drug and alcohol rehabilitation. These rehab centers are not just a place to sleep and a place to eat food. They also have many services such as guidance to these addicts and recovering addicts to make sure they are strong enough to return to individual living. These drug rehabilitation centres will require their inductees to work so that they can garner a sense of responsibility while also gaining some employment skills and experience that they can use once they are comfortable leaving the centre and finding their own employment.

The Department of Housing and Urban Development has recently published studies on drug and alcohol abuse in America. They have shown that there is an increased need for rehab centers that are available to those who cannot afford private health care. Drug problems for homeless people are a very prevalent issue and the Salvation Army provides rehab to those who would not otherwise quality for a rehabilitation centre.

The Salvation Army is a social service organization that also functions as a religious group as well. Founded by William Booth over 130 years ago, it is dedicated to fighting against sin and despair. The programs in the Salvation army are designed to assist children, women, elderly men, families and those who are battling or who have battled addiction.

Citygate Network help people in need, including homeless people. The services offered are not discriminated on race, age, religion, color, origin or any other determination.

Department of Veterans Affairs offers many special programs that are designed to help homeless veterans specifically. Even though the programs are limited to veterans and the ones who depend on them, their programs constitute the largest network of homeless treatment and help services in the country.

Feeding America is the biggest domestic hunger relief charity in the country. It provides food assistance to more than 25 million low-income people in the United States. This is also including over 9 million children and almost 3 million seniors.